Use of antibiotics during childbirth affects infant gut microbiota 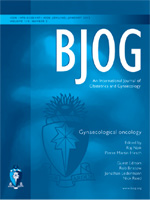 New research using data from participants in the CHILD Study explores the impact on the infant gut microbiota of the use of maternal antibiotics during childbirth, and examines whether or not breastfeeding modifies these effects during the infant’s first year of life.

Published in BJOG: An International Journal of Obstetrics and Gynaecology, the study found that antibiotics used during delivery—whether caesarean or vaginal—are associated with a microbial imbalance (or dysbiosis) in infant gut microbiota, and that breastfeeding modifies some of these effects by the time the infant is 12 months old. The long-term health consequences remain to be determined.

The research examined data and samples from 198 healthy-term infants from the CHILD Study. Maternal antibiotic exposures during birth and birth method were documented from hospital records, and breastfeeding information was reported by mothers. The composition of the infant gut microbiota was characterised through the analysis of fecal samples taken at 3 and 12 months.