Following delivery, the gut of the human infant rapidly becomes colonized by microbes from maternal microbiota and the environment. The second major change in the microbial community occurs at weaning to formula and/or solid food, at which time gut microbiota become enriched by bacteria common to the adult gut. It is currently estimated that at least 1000 different bacterial species inhabit the mature gastrointestinal tract, performing a number of vital functions related to host metabolism and immunity. With 70-80% of immune system cells present in gut tissue, the potential for crosstalk between microbiota and the immune system is substantial. Several immune system and metabolic diseases have been linked to aberrant gut microbiota, including asthma, allergy, inflammatory bowel disease, celiac disease, multiple sclerosis, type I diabetes and obesity. 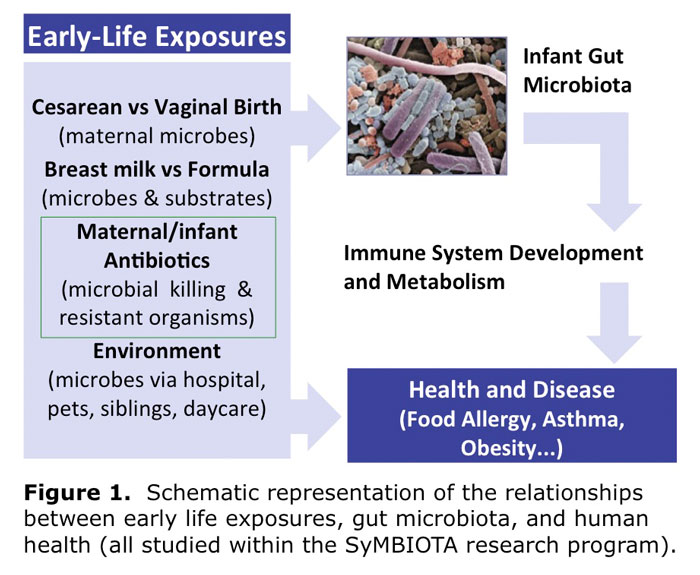 The widely-recognized ‘hygiene hypothesis’ that lack of exposure to germs in childhood leads to chronic disease in later life is being modified by the ‘microflora hypothesis’, with its emphasis on alteration to gut microbiota during infancy. Neonates born by cesarean section (CS) are exposed to a different set of microbes than those born vaginally and their gut microbiota can be suppressed by antibiotic treatment. Feeding with infant formula rather than breast milk further alters gut microbiota composition. In a pilot study, we have also found differences in gut microbiota colonization between elective versus emergency CS. As CS rates continue to rise, and breastfeeding practices remain suboptimal, a clear understanding of how gut microbiota is affected by the circumstances of birth and infant feeding is required, along with evidence for the impact of these events on health outcomes. 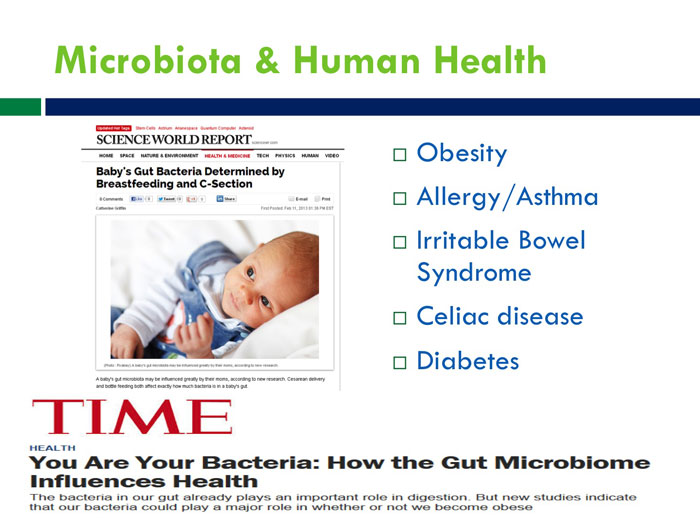